What you never knew about OSU: The Good, the Real, and the Spooky

OSU: The Good, the Bad, and the Spooky 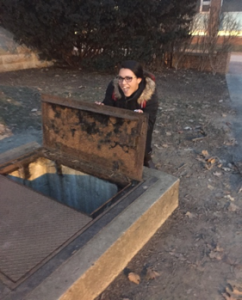 Hey guys, Christi here, and for my first official blog post I’m going to be focusing on arguably my favorite part of Columbus; Ohio State University. Ohio State has a gigantic campus filled with a rich history of honor and tradition. But like any old establishment, the college has collected its fair share of mystery and urban legend throughout the years. So today I’m going to tell you about my adventures prowling around campus, and more importantly, some things you’ve probably never heard about the home of the Buckeyes. 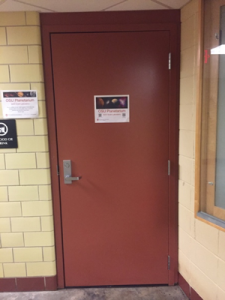 Ohio State offers a wide variety of things for their students; so much so that a lot of it gets lost in the mix. One of these treasures, in my opinion, is the Planetarium located on the 5th floor of Smith Lab. Although not super regularly, they do have shows open to the public which you can easily find online.

Besides the planetarium, there is an abundance of outdoor treasures that go unnoticed by a wide majority of the OSU student body. There’s also a research lake and the Labyrinth Gardens that I would highly recommend checking out the next time the weather is even slightly higher than unbearable.

So, lets be real, there’s a reason I wrote this blog post and it isn’t to advertise lakes or gardens for the university. These are places on campus that are real; you can find them with a little bit of exploring, but are relatively secret.

First of all, The Bomb shelter. Hidden in plain sight around derby ball is a small concrete square with heavy metal doors. If you don’t know what you’re looking for, you will definitely pass by it unnoticed. However, if you can pry open the doors (which is pretty do-able, I just lack arm strength) you can see down into the concrete bottom. The floor of the bunker is littered with beer cans and graffiti, and in the honor of full disclosure I think it’s important to note that I was too chicken to climb down to the bottom.

Note: I wouldn’t recommend climbing on in because I’ve seen internet rumors that this can lead to expulsion, however, there has been no effort to seal off the entrance of the shelter so I’m not sure the validity of these rumors.

Before I continue; I would like to thank the Reddit community for many of the leads that I followed while writing this post. I have a sort of fascination with the unknown, so while I should’ve been paying attention in lecture over the years, I’ve compiled a list of semi-sketchy places to check out and writing this post was the perfect excuse to do it. Anyways-

The next little gem of OSU history that you’ve probably never heard of is the Pomerene Pool. Pomerene- the building by mirror lake- has a full abandoned dance studio, basketball court, and most importantly an old empty pool. The reasons for the abandonment of such a large chunk of this building is relatively unknown, but what I do know is that as a freshman I was told that sneaking into the Pomerene pool was something absolutely everybody needed to do before graduating. Although I spent a good portion of my Tuesday afternoon lurking around the building, my search was unsuccessful. I did find a door that I think leads to the pool but it was locked, like dead bolt locked. So for now, my pool search is unsuccessful, but stay tuned (I’ve got a few tricks up my sleeves).

Another Reddit recommendation that I took upon myself to explore is the rumor that the roof of Smith lab can be accessed by a random door on the 5th floor. I looked long and hard for this, but it should be noted that Smith is currently under construction which I think is at least part of the reason my attempts were unsuccessful. 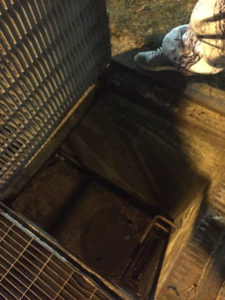 The last internet-recommended place that I tried was sneaking into the boiler room of Hagerty Hall. Allegedly to the right of the room, if you climb up onto some of the pipes, you can see another small desolate room with nothing but a single chair. Unfortunately, I went to the wrong side of the boiler room and completely missed this, and then in turn got so spooked from being in a boiler room in general that I gave up and left. 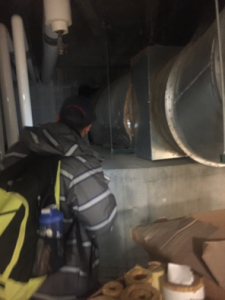 Although these hidden gems of campus seem to be random and/or irrelevant, I think it is important to talk about them so the knowledge of their existence isn’t gone forever. Explore explore explore, and then explore some more, because you truly never know what you’re going to find at a school like this one.

Ever since even my first tour at this school I’ve heard over and over again a plethora of ghost stories. The first one has to do with the Hopkins Hall ghost hand. The way the
story was told to me is that a girl here was once trapped in an elevator while attending the University. She was trapped for a while and ended up going crazy and carving things into the walls about how she would never forgive the school. The girl was eventually found and institutionalized, and after a while returned to finish her degree. According the version of this tale that I heard (although there is some variation on the internet) the girl came back and died in an elevator fire and the hand on this pillar is the shadow of her hand from the fire. My only critique of this is if she died in an elevator, how did her handprint get on the outside of the building? Probably not something to over think, and it makes for a good story to freak out freshmen. Either way, there’s this cool shadow like hand preserved on the building that never seems to go away. 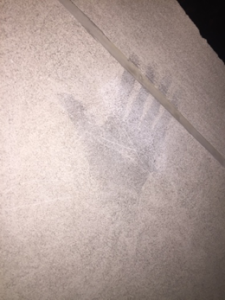 Another quick tidbit that lacks a ghost story behind it but is definitely something noteworthy is that Ohio State used to be the home of serial killer Jeffrey Dahmner. For those of you who have somehow never heard of him, Mr. Dahmer is a man who sexually assaulted, murdered, dismembered, and then sometimes feasted on the boys he killed (It’s scary that they let him in, but even scarier that the Army took him after he dropped out). It is thought that Dahmer lived in one of the towers, though I don’t believe this is confirmed. Also, the fact that he spent a mere three months here makes it unlikely that he would have any sort of ghostly connection to the University.

Mirror Lake is riddled with its own set of alleged ghosts. Supposedly a disgruntled professor killed himself in Mirror Lake, and his wife swore to never leave the place he died. I’m not sure how true this is, but, if you happen to see a pink ghost hovering about the The Mirror Lake  waters either very early in the morning or late at night you now know you’ve met “The Lady of the Lake”.

I recently stumbled upon some old newspapers from OSU students between the 60’s and 90’s. One talks about a dormitory (Oxley Hall) that was allegedly so haunted that it shut down. There are also claims of some of the sorority and fraternity houses being haunted to the point of terrifying their members.

Orton Hall has some outrageous ghostly claims all of its own, including the spirit of a confused caveman that roams its halls banging on pipes. The ghost of Dr. Orton himself is said to be seen lighting lanterns on dark nights, something he did habitually in his lifetime.

Although most of these tales are probably about 90% fiction from being passed around via word of mouth, it is interesting to see the historical basis on which they stand. Anyways, whether you believe in them or not, they’re a fun way to learn about your university’s past, and it’s important that we preserve them for generations of Buckeyes to come.

SEARCH FOR ANY DATE:

We're not around right now. But you can send us an email and we'll get back to you, asap.