Another wonderful community fundraiser in the books with RMHC!

Being a small business means we form unbreakable ties with local charities, and Ronald McDonald House Charities of Central Ohio is one of them. We absolutely love working with their community fundraising team to build up the following of supporters who are willing and excited to come out to events like the art affair. First of all, a big thanks goes to Angela from Ronald McDonald House Charities for organizing this event. The House has a lot of really beautiful characteristics to it, and the rooftop is surely one of them. Although the wind threw (or blew) our plans in a different direction, the courtyard was equally as relaxing and beautiful for this event.

We had attendees from all parts of the city, and most have been to other community fundraisers before too. Art was donated from local artists, and Marcy Harris was there photographing the whole event (and did an amazing job of it)!

Upon arrival, I definitely had my eye on a large photograph by Ben Horton, a National Geographic photographer. It was a black and white photo taken in Santa Cruz of a surfer in a cove.

I spent most of the evening live-painting the courtyard, and I finished just 15 minutes before the auction closed. The painting turned out pretty, only because the scene itself was full of smiles and Frank Sinatra tunes. I did change one thing about the scene- took some clouds out and made the sun shine from above!

Check out the photos below- again, all photos were taken by Marcy Harris, who specializes in birth and newborn photography. Next year will be an even better turn out, and we’re super excited for what’s to come! Big thanks again to Angela and the Ronald McDonald House Charities of Central Ohio for all of your hard work in bringing our community together to help raise funds for those families in desperate need of help, love, support, and togetherness. 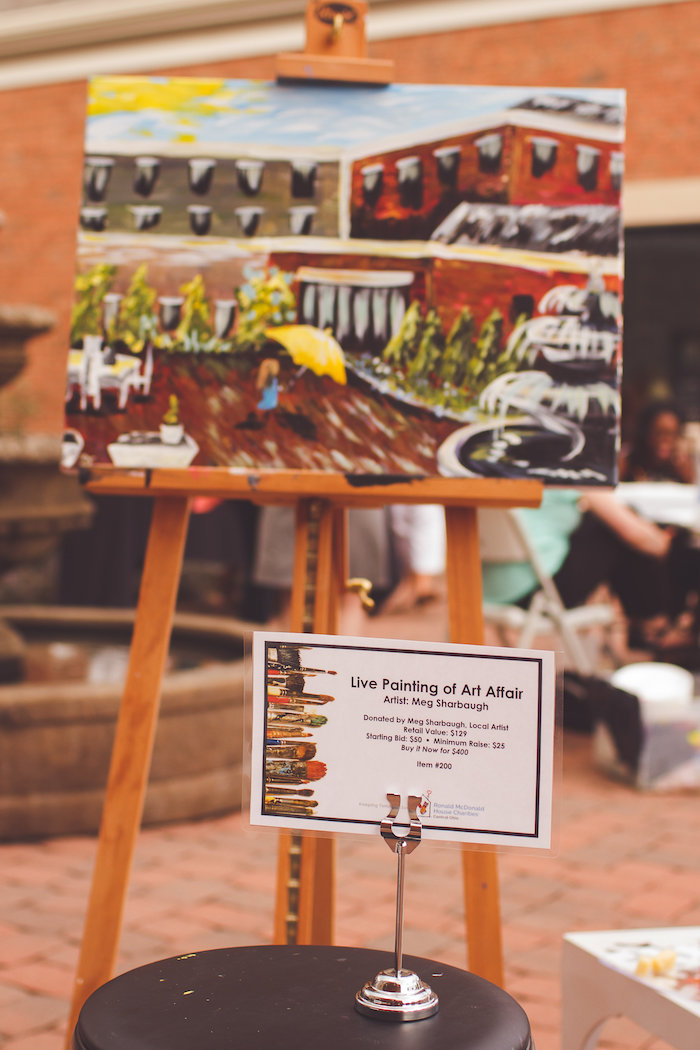 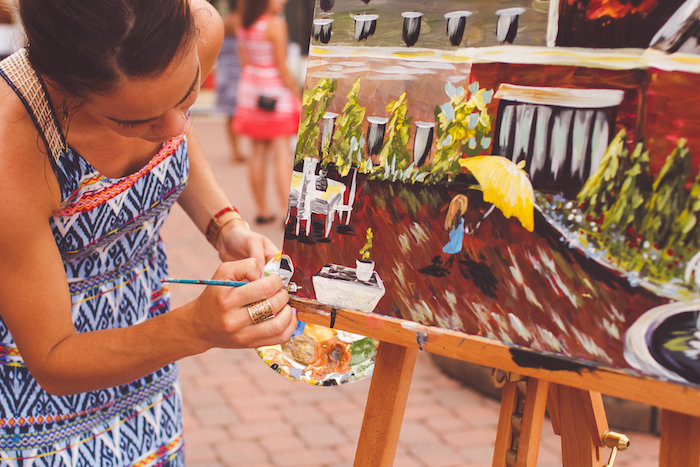 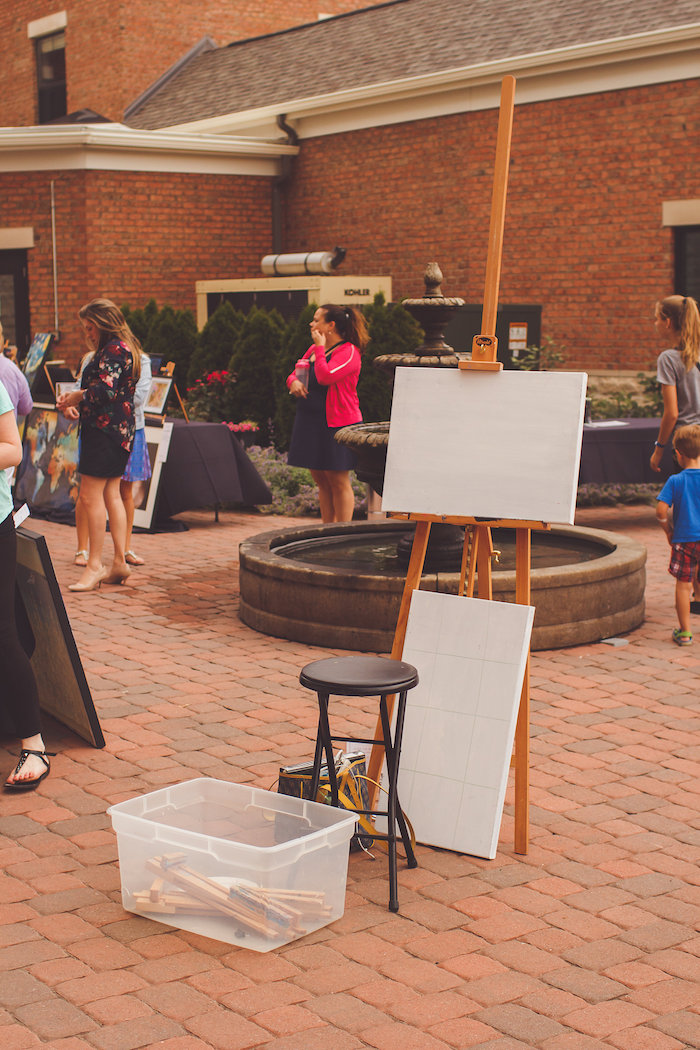 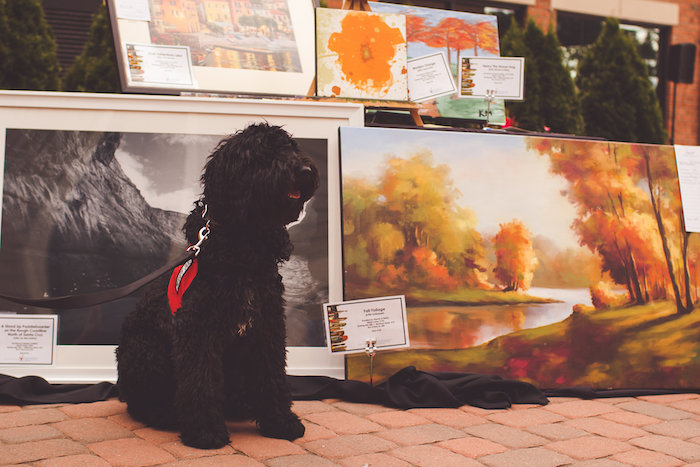 SEARCH FOR ANY DATE:

We're not around right now. But you can send us an email and we'll get back to you, asap.